The currency markets are quiet overall as focus now turns to US job data. The post BoE selloff in Sterling didn’t last long. Meanwhile, Dollar is still range bound against Euro and Yen. The greenback’s rally attempt against Swiss Franc also faltered rather quickly. Commodity currencies are steady. Most major pairs and crosses are stuck inside last week’s range. Hopefully, today’s non-farm payroll will bring some life back to the markets.

Technically, the development in US stock markets, in reaction to NFP, could be the leading factor in other markets. S&P 500 has been making some progress in securing a near term bullish reversal. Immediate focus will be on 4177.51 resistance. Strong break there and a weekly close above should confirm that whole correction from 4818.52 has completed with three waves down to 3636.87. That would set the stage for more upside in SPX for the rest of Q3, and set the risk-on tone which would give Dollar and Yen some extended pressure. 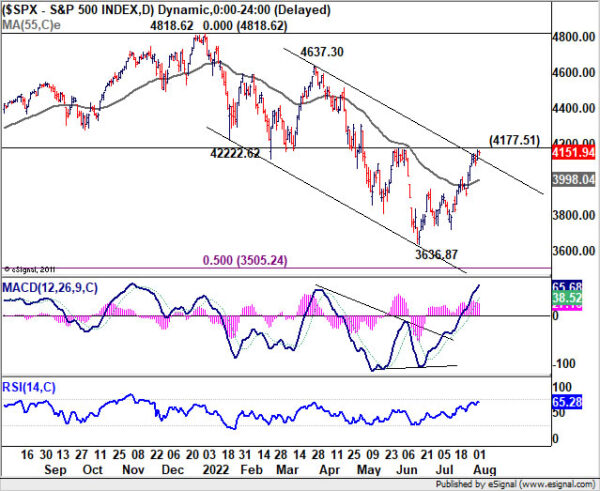 Fed Mester: Interest rates continue to rise this year and into next through first half

Cleveland Fed President Loretta Mester said that “interest rates continue to rise this year and into next year through the first half and maybe by then we can pause and we can start bringing them back down.” She would “pencil in going a bit above four as appropriate”.

As for September meeting, she said, “it’s not unreasonable to think we might have to do a 75 (basis point move) but I can imagine it could be a 50. We’ll just have to look at the data as it comes in.”

US non-farm payroll report is a major focus today. Employment is expected to grow 250k in July. Unemployment rate is forecast to be unchanged at 3.6%. Average hourly earnings would maintain a growth pace of 0.3% mom.

Looking at related data, ISM manufacturing employment ticked up from 47.3 to 49.9. ISM services employment rose from 47..4 to 49.1. Four-week moving average of initial claims rose from 233k to 255k. Overall, these data suggest that there won’t be a blockbuster NFP today. Wage growth would likely be the more market moving part. 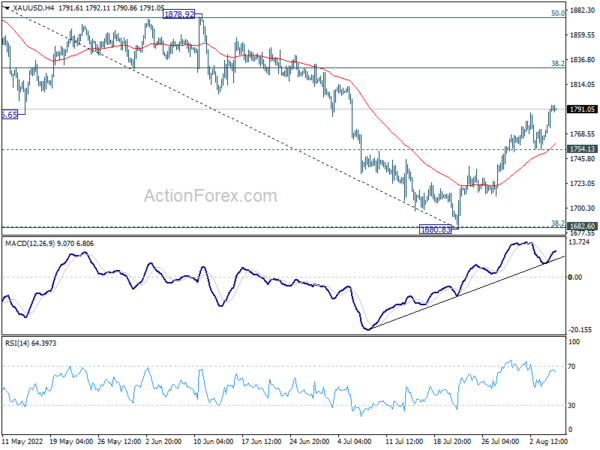 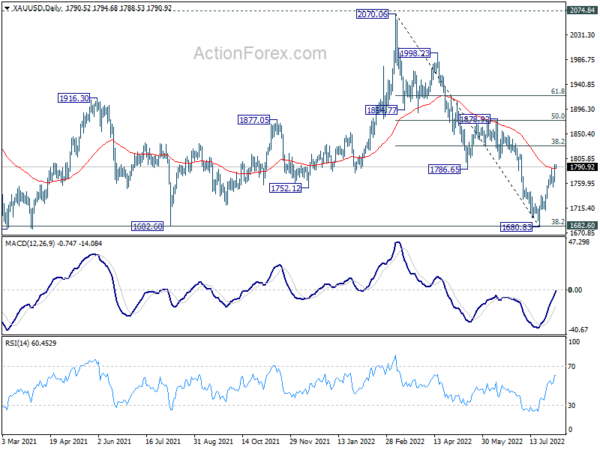 France trade balance and Italy industrial production will be released in European session. Later in the data, in addition to US NFP, Canada will also publish job data and Ivey PMI.

Range trading continues in EUR/USD and intraday bias remains neutral. With 1.0095 minor support intact, further rise is still mildly in favor. Rebound from 0.9951 will target 1.0348 support turned resistance. Break there will target channel resistance at 1.0432. On the downside, break of 1.0095 minor support will turn bias back to the downside, and bring retest of 0.9951 low instead. 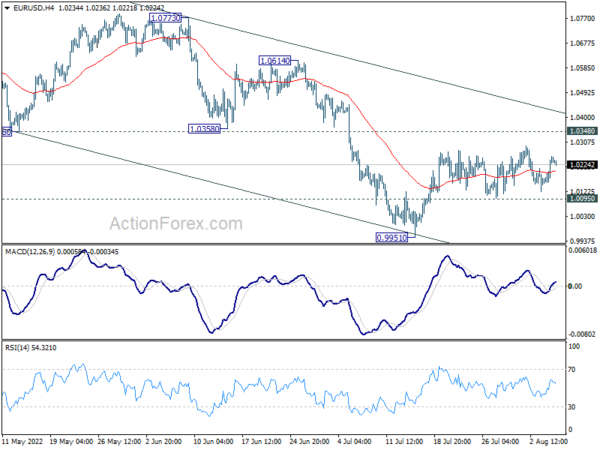 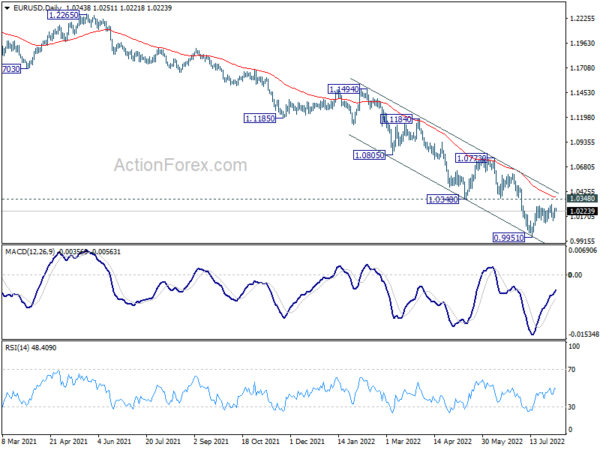